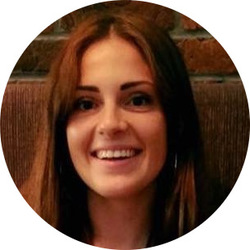 Human Sciences was the only course I could find, not just in Oxford, but the whole country, where I could study so many different things. I knew I was interested in the human body, but I wanted to explore the way we think and behave too. Human Scientists get to think about what it really means to “be” a human. What I enjoy most about the course is that there’s not really a single aspect of human life which we do not touch on in some way - and that means there’s never a boring day! From the genetics of cancer to the political impact of international migration, from a practical class with the bones and skulls of our hominin ancestors, to a discussion about the importance of religion in modern day society, no two days are the same!

As a Human Sciences student, I get to study the less obvious fields that many courses wouldn’t possibly have the scope to cover, such as the study of human fossil remains in Palaeoanthropology. We also get a lot of freedom in organising our own time relative to other courses - having several lectures a week means a little bit of flexibility and choice when arranging tutorials. I’ve found that the relatively small number of people on the course — 28 across the eight or nine colleges who offer Human Sciences — means that between lectures, tutorials and labs, we're brought closer as a group. We often have socials in college bars, which make a nice change from seeing each other in a more stressful environment!

My favourite project so far was part of a genetics tutorial in which we explored the different evidence for the human routes out of Africa, and how this has shaped the diversity of the human race today. Another interesting tutorial was a demography 'role play' where myself and another student were asked to imagine our lives as 19-year-old girls in the Rendille tribe of Kenya; it was an eye-opening experience to say the least!

Are you interested in the evolution of humans? Do you love learning about the variety of life on earth? Does the concept of culture intrigue you? Human Sciences is one of the most diverse courses here at Oxford, and will certainly tick all of your academic boxes, especially if you’re interested in a wide range of subjects! In first year you will be introduced to the core topics, from Anthropology to Sociology, Genetics to Ecology. Because there are no compulsory subject requirements for Human Sciences, the aim of first year is to get everyone up to the same level skill-wise. In third year, you will get the chance to choose from an enormous list of more niche topics, as well as becoming a specialist in your dissertation project.

The subject itself is fascinating because it has a unique even split of social and life sciences. The scope of the course gives Human Sciences students a unique perspective on human life, as they study it from a wide range of academic perspectives as well as large time-scales.

IFL science - Up to date about science news

Coursera - Online courses in range of topics from US unis

ITunes U Oxford anthropology - some of our lectures

I would recommend "The Selfish Gene" by Richard Dawkins. It really grounded the theory of evolution for me which is integral to the course. Also, keep an eye on the news, as Human Sciences basically relates to everything, and the interviewers will like to see a keen interesting in basically everything!

"Some we Love, Some we Hate, Some we Eat: Why it’s so hard to think straight about animals" by Hal Herzog. This book really stuck with me and three years later, is providing some inspiration for my dissertation topic!

At Hertford College, I was first asked - 'why human sciences?'. I said I was 'interested in nearly everything and didn't want to narrow down.' They then asked 'what doesn't human sciences cover?' I replied 'probably the ins and outs of nuclear/atomic physics?' to which they asked 'How could a human scientist help a atomic physicist?'. I was stumped but I tried to come up with something about researching and investing in education in poor countries so as to increase the number of minds and potential physics geniuses! Felt like bullshit at the time, and still does.

I was then asked, 'Why do humans give to strangers knowing they won't receive anything in return?' I started off talking about altruism, but that was dismissed, and then I was confused. I umm-ed and ahhh-ed for a long time, but they didn't seem to mind - in fact I think they like to see you thinking. The answer, they later described to me, was that we evolved the tendency to give when in small nomadic groups, and now this is applied to strangers in the modern world. The last questions were based on two bags from Borneo or somewhere remote. I had to compare them and say how certain materials had gone into making one and also which would be more useful in the jungle. I liked this one because many different approaches and answers seemed adequate.

At St John's College I was asked to define Anthropology. I said the study of humans and their behaviour. He then showed me four diagrams of different houses and buildings from different cultures and tribes. I was asked what they were made of, how that relates to the environment, and what they show about the culture which made them. It seemed very abstract and vague but I managed to come up with something by noting the different sizes and shapes, that they will be made out of materials that are readily available. He then asked me to adapt my definition - I added 'and their interaction with the environment'. I think he was looking for a willingness to take on new ideas, information and relate them to previous topics.

I was then talked through a series of relatively simple probability questions. I was asked what assumptions had to be made when using probability about how likely two people are to receive a 1st at Oxford. The answers were they must be mutually exclusive (unaffected by association e.g. two friends may be friends because they are clever and therefore both more likely to get a first.) We also had to assume that the two people are of equal talent or something, and both are equally likely to get a 1st.

The last interviewer asked me to elaborate on a point in my personal statement - 'Human evolution is both biological and communal'. I quickly regretted my use of the word communal but managed to explain I meant that our strong social structures allow psychology of groups and interactions to shape our evolution, as well as biological means such as faster running. I would recommend, before interviews, to select every assumption you make in your personal statement and question it thoroughly!

Applicants that might be offered a place are invited for interview in December. See Human Sciences interviews for more information.

You might also find it helpful to hear from students studying Arch and Anth, Biochemistry, Biology, Biomedical Sciences, Earth Sciences, Geography, Psychology or PPL (or even consider applying for those courses!).

Cookies are used to make this website work and to enhance your experience. To learn more about the types of cookies this website uses, see our Cookie Policy. We need your consent to use marketing cookies. Marketing cookies are used to track visitors across websites. The intention is to display ads (via third party services) that are relevant and engaging for individual users. Please select the checkbox below to indicate your consent.