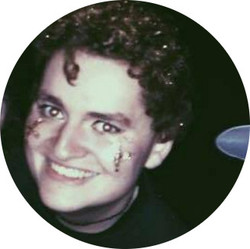 When I was applying to uni, I liked the idea of an open-ended degree. PPE seemed a good choice to cater to my ever-shifting interests, as well as a way to keep in the fold many different career possibilities. This was all underpinned by my strong passion for social justice issues and the unique power of the social sciences to illuminate this.

The best part of PPE for me is when you read something that at first feels very terse and theoretical, then you suddenly find a way to liven it up by linking it to the modern world. You can in one moment feel uninspired by a dense book about "party system change", and in the next relate it to recent seismic changes in Greece, ultimately becoming quite absorbed.

My best experience of studying PPE so far was seeing Kanye West speak in Oxford and working/shoehorning his thoughts into a tutorial discussion that same week. 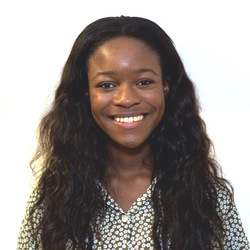 I decided to study PPE because I loved Economics at school, and that was my gateway into Politics. After lots of summer schools and reading I realised that nothing else would bring as much satisfaction as studying PPE. The thing I enjoy most about my subject is the variety of it all! Each subject is nothing like the other two, and it’s great to be exposed to so much in your first year. I love finding that I have interests in areas of academia that I didn’t even know existed. My best memory of studying PPE is getting to the end of my Politics essay on liberty and finally realising that Politics matters, and the 2000 word essays aren’t just a fun mental exercises. It took me about 5 weeks of studying PPE to realise the importance of my political rights.

I have thoroughly enjoyed studying the course, especially the tutorials. These are (or should be!) the high point of the academic week as you get to argue with your friends and tutor what you have been learning about for the last three or four days. This leads to enthralling discussions on such varied topics as the effect of addictive drugs on freedom, the most efficient way to provide pensioners with adequate winter fuel, and whether a doctor should be kidnapped in order to save a person’s life.

The student production, "A Theory of Justice: The Musical", was one of many exciting extracurricular opportunities available last year. Billed as "an all-singing, all-dancing romp through 2,500 years of political philosophy," it certainly lived up to this and it was great to be able to sit back and get all of the gags.

The first year of PPE focuses on giving you a very broad introduction to the three different subjects. First year Philosophy is split into three parts – Moral Philosophy (based on JS Mill’s Utilitarianism), General Philosophy (a wider area covering big subjects such as knowledge) and Logic. Politics in first year is based around different political institutions around the world and political theory. Economics is split between micro and macroeconomics, with the first year giving the basic skills that then get applied in your next two years. You have the option after first year to drop one of the three subjects (most people do) and then concentrate on eight specific modules (ranging from Politics in China, to Public Economics to Ancient Philosophy).

The course always remains incredibly broad, meaning you could end up having to cram huge topics such as the French Revolution into just a week’s work. This means that Oxford is a brilliant place to gain a broad understanding of all three of the PPE subjects. All three of the subjects are suited perfectly to the unique Oxford tutorial system. Getting the chance to discuss political theory or deep philosophical questions with some of the best minds in the country is something you can only get at Oxford (remember, Cambridge doesn’t offer PPE!).

Good satire news shows, though comedic, can actually be surprisingly good quality sources of information and are great for seeing a different side to the news: "Last Week Tonight" is especially wonderful, or "The Daily Show", for instance. Find them on YouTube.

Some universities, especially American ones, post lectures online for free. Watching ones relevant to your subject can be both useful and a fascinating insight into how a lecture feels. I watched some of UC Berkeley's Economics lectures.

The Prince by Machiavelli.

Keeping up with current affairs and particularly public mass debates that are going on is always useful - news websites, internet forums, and current affairs shows like "Question Time" are genuinely a very useful resource if you want to study PPE.

I listened to the BBC Radio 4 series "The Philosopher's Arms". Hearing conversations about philosophy, rather than just reading about it, showed me how dynamic the subject was, and was a big help for the interview too.

Ha-Joon Chang is possibly the coolest Economist out there. His book, "23 Things They Don't Tell You About Capitalism",  is very engaging, easy to read, and thought-provoking.

"The Very Short Introduction to…" series is brilliant for learning the basics about different subjects to help you get through an interview. For both Politics and Economics it’s obviously really useful to keep up to date with current affairs – read The Economist and challenge yourself by reading newspapers you may not always agree with. For your personal statement, don’t be afraid to focus on reasonably specific topics – you’ll impress your tutors if you really know your stuff about a particular area. The trick with PPE is to have specific knowledge, but always keeping in mind the broader picture.

The most important thing I learned during the interview was to give yourself time to think. Nobody minds if you say "I'm going to need a moment to think this through", as long as you don't stay silent for several minutes. It's better than what I kept catching myself doing: starting a sentence without having thought through to the conclusion. I didn't need any prior knowledge in any of my interviews except for things I'd mentioned in my application. Mostly, it was a theoretical situation which the interviewer talked me through, and then had me think through variants of the situation if we change the parameters. For instance, in the two Economics interviews I had, it was a game or a situation involving how to best use your money, in Politics it was the ramifications of a theoretical law, and in Philosophy it was how to behave in certain situations. Some of the questions were a bit strange, but I found myself really enjoying those, because your answer could be a little odd, too, which is fun. I hadn't practised for the interviews at all.

Applicants that might be offered a place are invited for interview in December. See PPE interviews for more information.